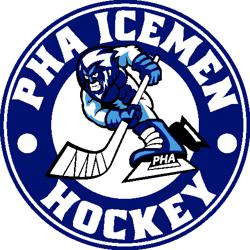 Now entering our sixth season, PHA will be fielding teams that play a competitive independent AAA/AA schedule through tournaments/showcases, home and away games.

U18, U16 & U15 will be participating in the NAPHL (North American Prospect Hockey League) 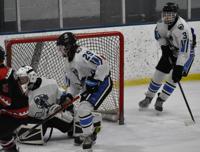 Our goal is to provide the highest level of hockey training throughout the entire season, compete with other top organizations in the US while focusing on helping our players develop not only hockey skills, but also valuable life skills as they mature into young men.

ICEMEN TRYOUTS WILL BE WEEK OF MAY 17.  (subject to change)

PHA U16 do well in Texas

The PHA Icemen U16 team participated in the NAPHL showcase last weekend in Frisco, Texas.

They started off the weekend beating the Chesterfield Falcons 5-2.  Later on in the day the Icemen rolled over the Clearwater Ice Storm 8-0.

On Saturday the Icemen lost in a shootout, 3-2 to the hometown McKinney North Stars.

Sunday finished off with a 2-1 win over the Anaheim Jr. Ducks

After 4 games in the NAPHL Xander Aul leads the team with 3 goals and 3 assists and is tied for 6th in league scoring with 1.5 pt/gm.

The Icemen look for continued success as they head to Philadelphia beginning of December for the next NAPHL Showcase.